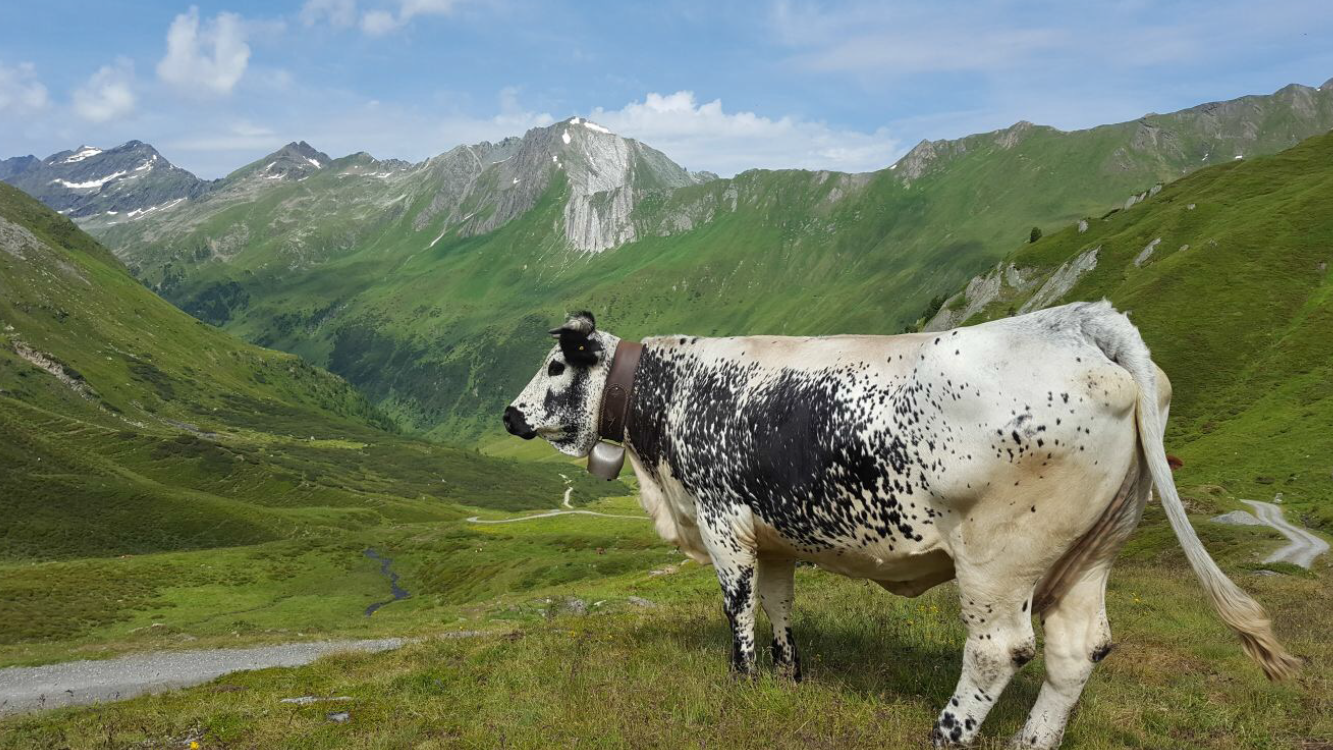 Pustentaler Sprinzen are alpine cattle. The fact that they survive today is thanks to the commitment of dedicated enthusiasts among the farmers. (Photo: Markus Jenni)

Pustertaler cattle are either ‘Schecken‘ (pintos) or ‘Sprinzen‘. The latter have nothing to do with the cheese from Central Switzerland. The word Sprinzen comes from the Middle High German ‘Sprinz‘, which means with many little spots. The expression ‘‘den Rasen sprengen“ (water the grass) may be known to many, but there is also an old variation with the word ‘sprenzen‘ for spritzen (spray). Hence the reference to the coat of the Pustertaler, namely sprayed with lots of little spots.

Animals of the Pustertaler breed are also as rare and striking as their name. The Society for the Conservation of Old and Endangered Domestic Animals (GEH), the German equivalent of Pro Specie Rara, designated the Pustertalers as the  endangered farm animal of the year 2020*. Pustertaler cattle from the county of the same name in South Tyrol were known in the 19th century as the heaviest and one of the most milk-rich breeds in Austria-Hungary. Around 1910 there were reportedly some 10,000 animals, whereas in 1963 the population amounted to scarcely 100. The decline of the Sprinzen can be attributed, among others, to Benito Mussolini, who as Prime Minister of Italy during the Second World War prohibited the rearing of Sprinzen in favour of more profitable breeds. The Pustertaler Sprinzen owe their survival to a handful of breeders who opposed Mussolini’s orders and hid their animals in the cellars of their mountain farms.

The breed has been officially reared in the herd book in Italy since 1994, while in Switzerland it was included in the beef cattle herd book in 2015. Today, Pustertaler cattle are a dual-purpose meat breed, characterised by their robustness and strong constitution. They are mainly used as beef cattle in suckler cow husbandry, particularly in South Tyrol, Austria, Switzerland and Germany. Thanks to committed breeders and supporting organisations the stocks have been replenished.

Pustertaler cows have always been bred in two colour types with a great many variations: red or black, dappled (Schecken) or speckled (Sprinzen) on a white base colour. Also characteristic are the coloured muzzle as well as the ears and rimmed eyes. (Photo: màd)

*Every year since 1984, the GEH has designated an ‘endangered breed‘, thus highlighting the growing loss of diversity, not only with wild animals and plants but also in agriculture. 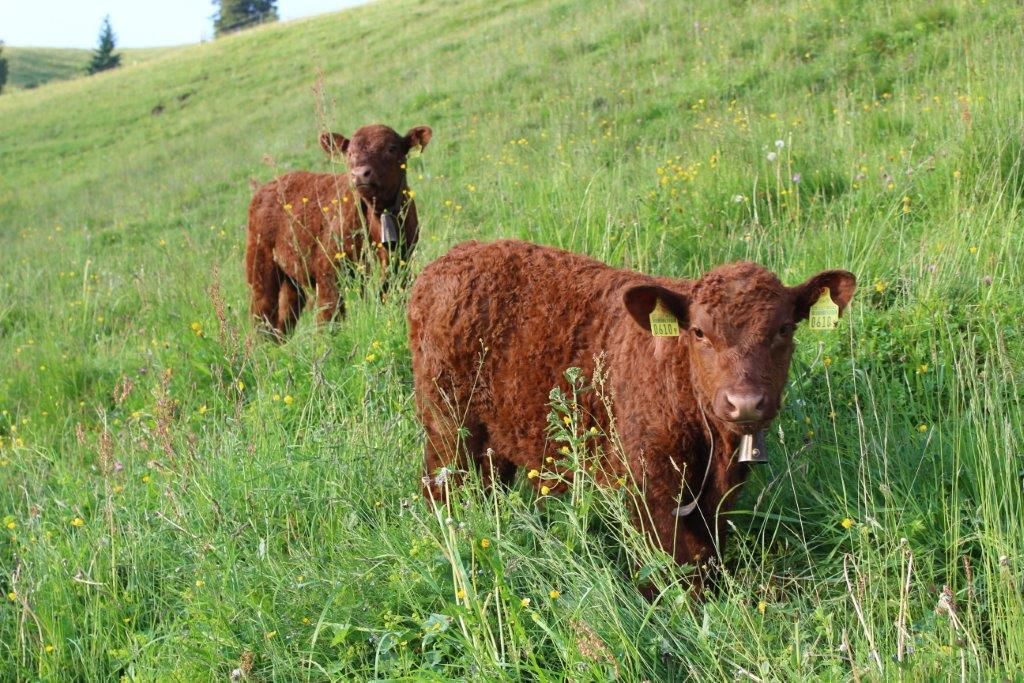 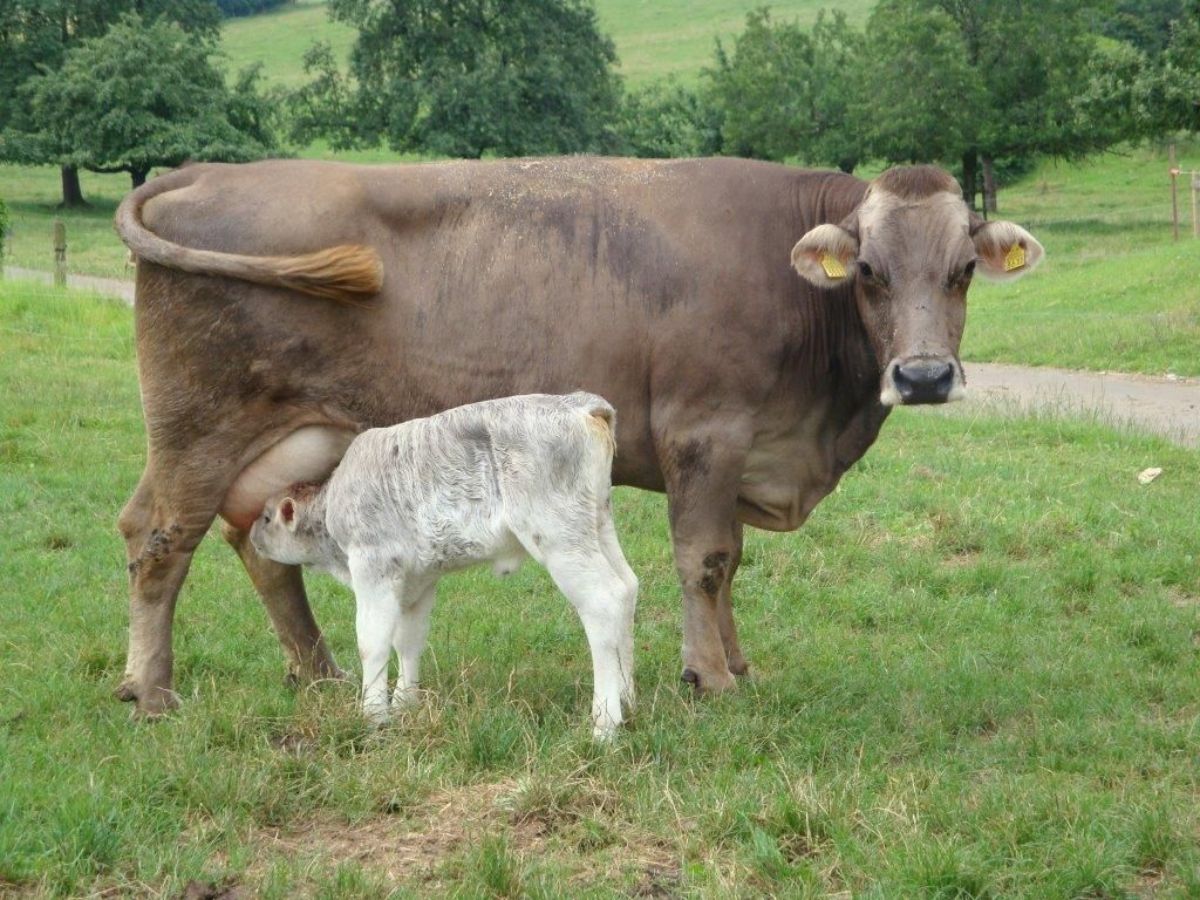 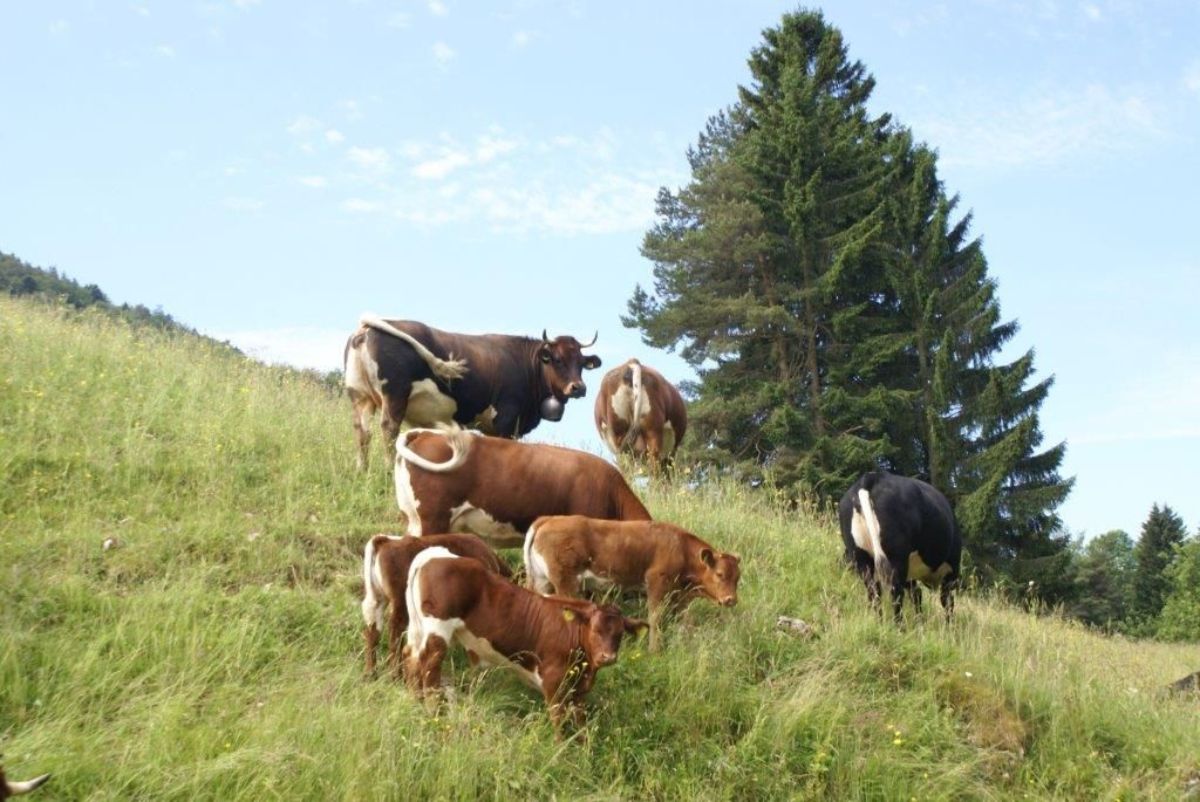